Why I removed the related post plugin to reduce my bounce rate!

Less than 2.5% of the readers of a sample of 100 on my site actually reached the point where the related plugin was found

The majority of sites that I visit to find posts for roundup’s or to share have a related post widget at the bottom that showcases 3 or more posts that the plugin believes are connected. Usually, they are displayed as images and there as many different styles of images as there are plugins that claim to do it. In the autumn of 2016 I took the step to remove the plugin that I was using as a measure to help improve my bounce rate.

I didn’t prepare for the transition instead I just disabled and deleted. It was a test and although I knew a few people were skeptical I wanted to share with you the theory behind it, the way that I implemented any changes and then the results of the test.

Why I removed related post plugins from my site?

How I implemented the change?

What effect did the removal of the plugin have on bounce rate?

Why I removed related post plugins from my site?

To reduce the bounce rate it really seems counter productive to remove a plugin that would generate “related posts” for each article automatically. Especially when the plugin that I used Related Posts by Zemanta and Sovrn had allowed me to customise them to the size and dimensions of my feature image posts and I was able to select the “related posts” that I wanted to showcase.

It wasn’t a decision that I took lightly and I did some research on my site before carrying out the change. But on 17th October 2016, I disabled the plugin with no replacement in place before hand. It was a month before I deleted the plugin as well but that was part of the process that I had formed in my mind.

Reasoning behind removing the plugin

To analyse the site I combined a short email questionnaire sent out to my most engaged subscribers that had clicked on the last 3 campaigns, Inspectlet and google analytics

By not deleting the plugin just disabling it I knew that if there was an effect I would be able to activate it again and all of the settings would be preserved.

How I implemented the change?

You can see my theory for removing the plugin and switching to a different system and it appeared to make sense. SO how did I do it and the actionable steps you need to do if it’s something that you consider after seeing the effects that it had on bounce rate.

Record as an annotation in Google Analytics that I had removed the plugin from the site.

Moving forward made it a priority to include related articles throughout the posts.

What effect did removing the plugin have on bounce rate?

So compared to some of the other changes it wasn’t the biggest drop in bounce rates – Fixing 404 errors, creating a custom 404 page and sneeze pages all have a bigger effect but there was an effect and it was a positive effect. AND, it continues to show a positive effect, taking seasonal variation out of the equation the bounce rate for the last 30 days compared to the bounce rate for that same period a year before shows a decline of 0.18% another move in the right direction.

Of course the extra benefit – the site is quicker related plugins take up resources as they pull up the content onto the site. A quicker site = better for SEO!

Cerys is the founder of Rainy Day Mum a top UK parenting blog. Prior to having children, she taught digital media and web development. Supporting other bloggers to develop, grow and expand their blogs through actionable tasks that aren't as terrifying as they seem to be!

Blogging isn't just about writing great content, there are lots of areas that you need to either outsource to someone that knows how to do them or learn to do them yourself and we're here to help you.

From SEO to Social Media, from HTML to How to understand your Google analytics we aim to help. 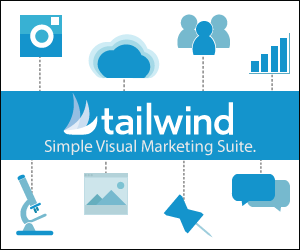 Cookies are used on The Blog Surgery so that we may improve our site. These cookies feedback information to our analytics and advertisers. We use the information to track views of the site, where you go and to know if you are a regular visitor or brand new as well as provide a personalized experience where possible. You can switch off these cookies easily if you wish follow the read more link for more information and how to.OkRead more